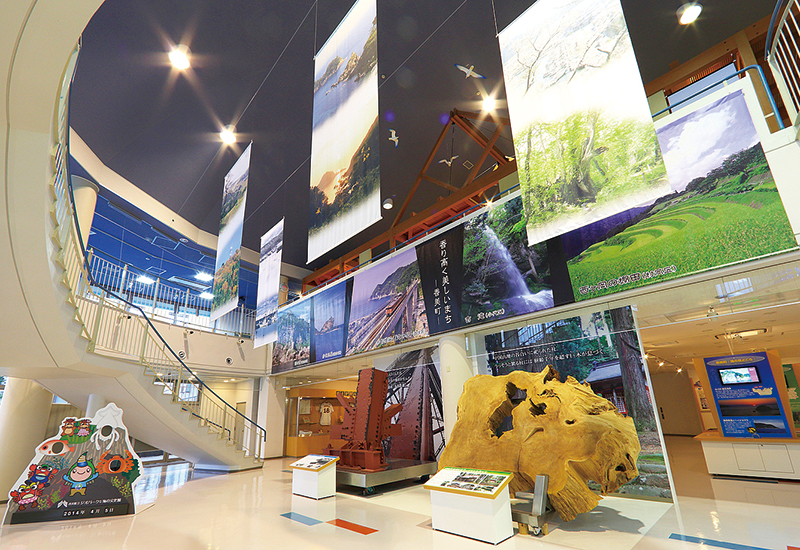 You can learn about attractive geopark in Kami Town and the culture of the sea of Kasumi.

Learn about the San ’in Kagan Geopark on the first floor. Introducing the climate, lifestyle, and food of Kami Town, including the Japanese archipelago, which was formed about 20 million years ago separated from the continent. On the second floor, learn about the “Sea Culture” of Kasumi, a fishing town that has developed along with the sea. Introducing the history of the Kitamaebune Ship, traditional fishing gear, crab and squid fishing, and staffed fish inhabiting in the Sea of Japan.