The San’in Kaigan Geopark and the Lesvos Geopark signed a sister-geopark agreement in February 2011.

The San'in Kaigan UNESCO Global Geopark is promoting the building of a network through sister tie-ups with the aim of developing and popularizing geopark activities in cooperation with geoparks around the world.

By forming the sister affiliation with the Lesbos UNESCO Global Geopark (Greece), cooperation activities are being conducted in exchanging information on the conservation and utilization of resources, and in introducing and promoting geoparks. 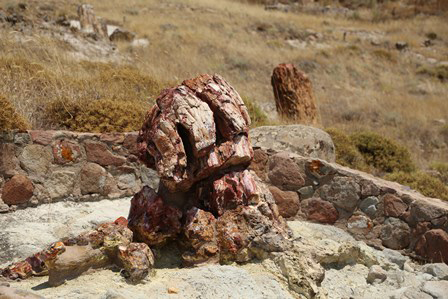 What makes the Lesvos Geopark stand out

Lesbos UNESCO Global Geopark is located on Lesbos Island, an island in the Aegean Sea. Located close to the Turkish coast, the island is the birthplace of the ancient Greek poet Sappho and is famous for producing Ouzo (anis-scented distilled liquor), olives, sardines and processed sardines.

About 90,000 people (as of 2001) live on the third largest island with an area of 1,620 ㎢ in Greece after Crete and Evia. It has a warm Mediterranean climate and is characterized by its rich water and lush greenery for a Greek island.

Lesbos Island is also famous for a summer resort, and many tourists from home and abroad visit during the vacation season. In addition to swimming in the sea, more and more tourists are enjoying trekking. 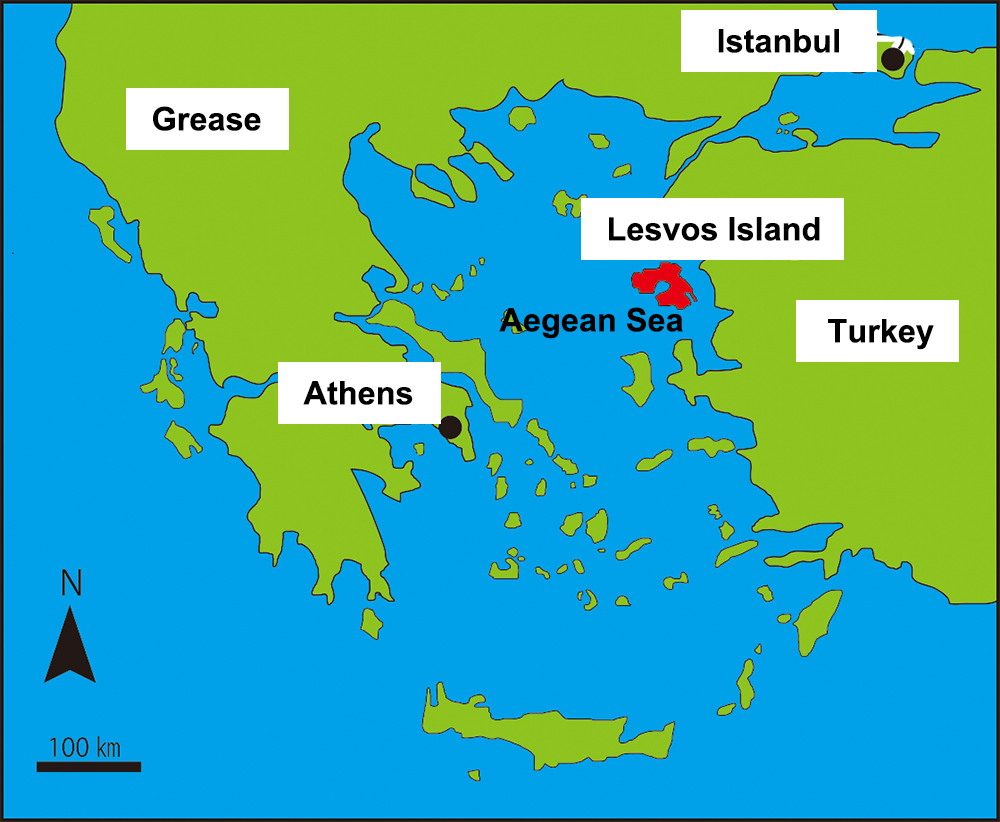 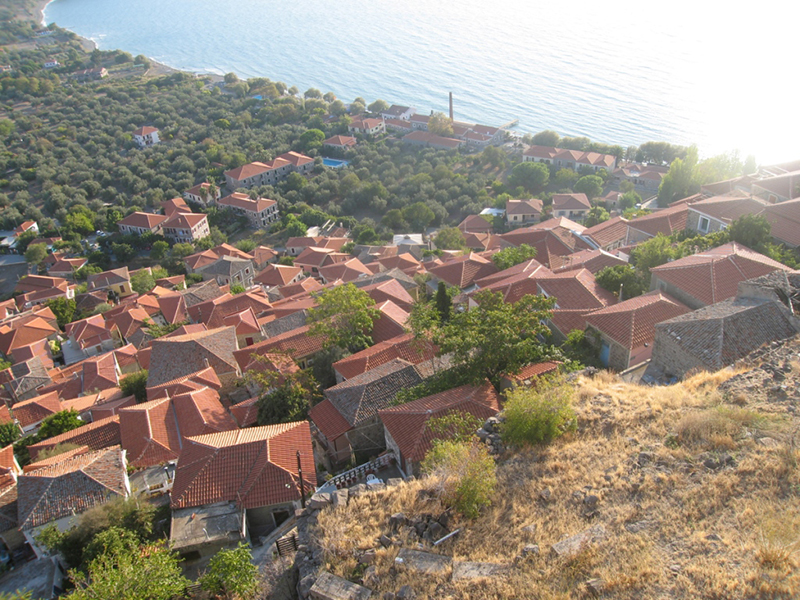 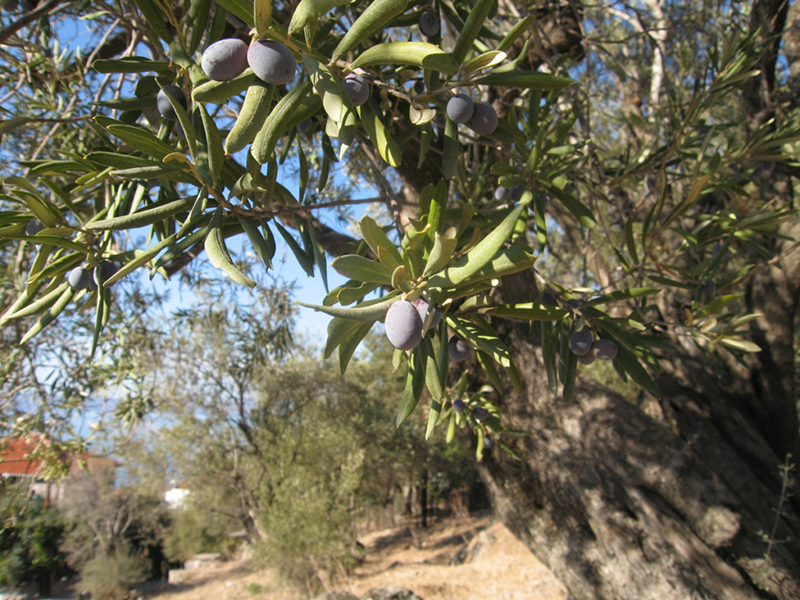 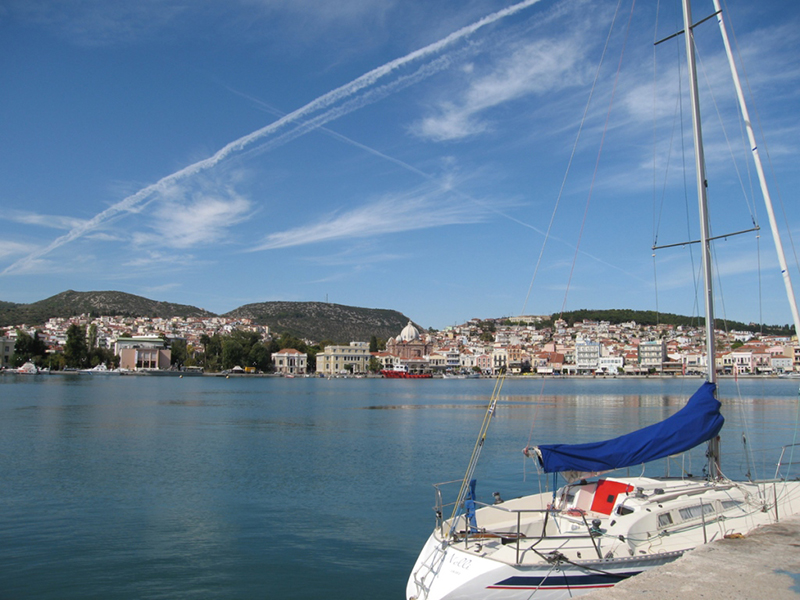 Scenery of the port town

The geoscientific value of the Lesvos UNESCO Global Geopark

（１）How was petrified forest formed ? 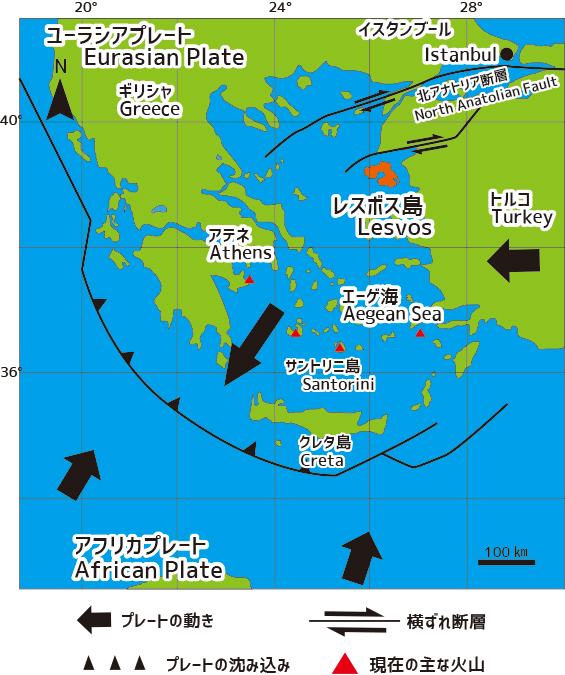 There are many faults on the Lesvos Island since it is located near the plate boundary, and many earthquakes due to fault activity occur. 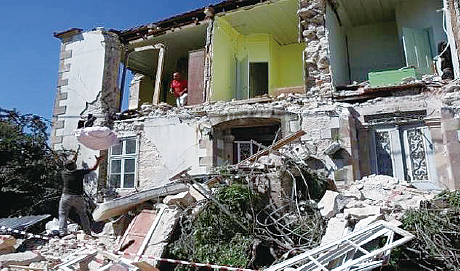 Damage caused by the direct earthquake that occurred on June 12, 2017 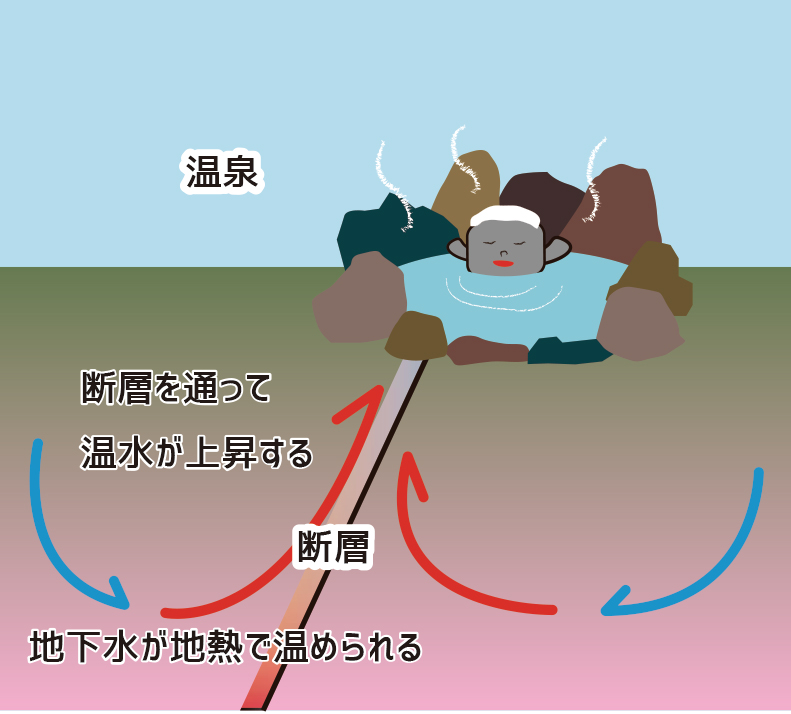 There are many hot springs on the Lesvos Island. This is because the groundwater, heated inside the earth, rises along the fault and springs up as a hot spring.

（３）"The Aegean Sea" was formed by spreading of the ocean

The Aegean Sea is a sea formed by the continent breaking with the movement of the plate. Along with this, the volcano has also moved to its current position.

What does San'in Kaigan UNESCO Global Geopark have in common with Lesvos Geopark?

The Japanese archipelago is also located on boundary of the plate and is an island country with many earthquakes. The San'in Kaigan UNESCO Global Geopark also has few faults and they once caused great earthquake damages. At the same time, the hot springs that spring along the fault support people's lives as abundant blessings.

（３）Both of the Aegean Sea and the Sea of Japan were formed by seafloor spreading.

The Sea of Japan is also a sea that has been separated from the continent by the movement of the plate.

There are many other things in common, such as Oriental White Storks. Let's go to San’in Kaigan Geopark and look for it! 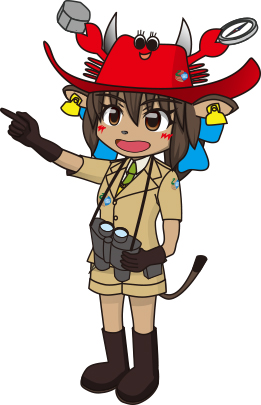 There are daily flights from Thessaloniki and Athens and it takes about 45 minutes to reach the largest city, Mitilini.

In addition, regular flights from Limos, Chios, Samos and Rhodes, and biweekly flights from Crete are operated.

The regular ferry service is conducted from Piraeus and Chios

Transportation on the island is by bus or taxi, and there is a long-distance bus that connects Sigri a city near the Lesbos UNESCO Global Geopark and Mitilini.