Greetings from the representative

I am the President of the San’in Kaigan Promotion Council and the Mayor of the Toyooka City, Kunio Kannuki.

This vast San’in Kaigan Geopark is engraved with a variety of geological and topographical histories from the time when the Japanese archipelago was a part of the Eurasian continent to the formation of the Sea of Japan and the present. It means that it is not only an area with geological resources, but also an area where diverse creatures and people's lives, culture, history, and other local resources can be experienced against this background. 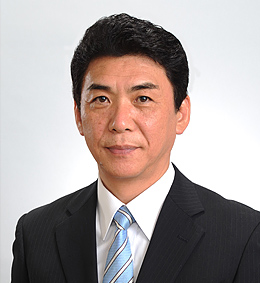 The President of the San’in Kaigan Promotion Council
Kunio Kannuki

The significance of Geopark activities is to raise the sustainability of the region. We will protect and respect various local resources, such as beautiful nature and rich culture left for us by our ancestors. We will pass them on to local residents now and the local residents of future, making the area people can be proud of. We also aim to make the entire San'in Kaigan Geopark an area where people say "I want to live" and "I want to continue living."

As for Geopark activities to realize these, local residents, private organizations, companies, and local governments will work together to make full use of local resources in sustainable way for tourism and local industry. By accepting many people from home and abroad and disseminating the appeal of the San'in Kaigan Geopark to the world, we will create a lively atmosphere on the San'in Kaigan, promote the revitalization of the entire region, and enhance the sustainability of the region.